To share your memory on the wall of Bernard (Bernie) Cooper, sign in using one of the following options:

Bernie’s family extends their gratitude and appreciation Edgewood Assisted Living and its staff, especially Tara and Nikita, for their loving and compassionate care.

Honoring Mr. Cooper’s wishes, cremation has taken place. A private family memorial service will take place. Those planning an expression of sympathy may wish to consider memorials to the Travis W. Weber Fund within the Children’s Hospital of Michigan Foundation.

There are no events scheduled. You can still show your support by sending flowers directly to the family, or planting a memorial tree in memory of Bernard (Bernie) Cooper.
Plant a Tree

We encourage you to share your most beloved memories of Bernard (Bernie) here, so that the family and other loved ones can always see it. You can upload cherished photographs, or share your favorite stories, and can even comment on those shared by others.

Posted Jun 08, 2021 at 02:35pm
Bernie hired me in 1972 at St. Charles High School. I found him to be an excellent educator, friend and caring person. "To teach is to touch a life forever" and the students and staff that knew him have been touched forever! Thanks Bernie!
Comment Share
Share via:

Posted Jun 08, 2021 at 01:00pm
It was a pleasure to have know Mr. Cooper. He was a substitute teacher and a assistant football coach at Swan Valley when I was in school. I took a lot from his stories and his classroom management into my own teaching and coaching. He was a great man!
Comment Share
Share via:
SN

Posted Jun 07, 2021 at 10:31am
Bernie Cooper and his Family are very loved and Respected by the Olson Family of formerly, East Detroit, Mi. His efforts seeded success. Great man.

Posted Jun 07, 2021 at 12:45am
Mr Cooper was my high school principal at St.Charles 1972. He was a very personable person and inspired me . I ran into him a few years ago and he was so glad to see me and had a good chat. I’m deeply sorry for his passing.
Comment Share
Share via: 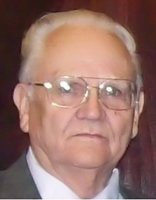