To share your memory on the wall of Ronald Martin Hirschenberger, sign in using one of the following options:

Ronald Martin Hirschenberger passed away on Friday, May 21, 2021 at his home with his family at his side. Age 73 years. The son of the late Martin and Alberta (Schulte) Hirschenberger, Ron was born on September 28, 1947 in Saginaw, Michigan. Ron married Margaret M. (Slodowski) LaFave on Feb. 10, 2003. She survives him. He graduated from Holy Rosary High School in 1965, where he excelled in both football and basketball (including playing All State Basketball his senior year.) Ron joined the Army Reserves (serving as MP) after High School and is a proud veteran of the Army Reserves. He worked at Eaton Corp for five years, also co-owned Line Striping Services, and a Foreman at General Motors, retiring after 37 years. Ron was a member of St. Thomas Aquinas Catholic Church and a lifetime member of the Knights of Columbus Council #4232 for over 50 years. He was also a member of the Pulaski Club and one of his most proud membership was with the NCOA #357 (Non-Commission Officer Association) and volunteered time for fundraisers. Some of Ron’s favorite pastimes included spending time with his wife and family on Lake Mitchell, (especially participating in the Hershey Olympics), fishing on his Lund fishing boat and later, on the pontoon. Ron enjoyed golfing with his brother and son on the K of C Golf League and playing cards with family, including frequent card games with good friends, Phil and Kathy McGrandy, Bob and Jackie Richards and Don and Joyce Zolinski. Also, helping with fish fries and burger nights at the K of C, as well as playing poker with the guys at both Pulaski and K of C Halls, hanging out and hunting with his brother, family and deer hunting friends at the deer camp, travelling to Las Vegas yearly with his wife, Margie, watching and cheering on his grandchildren at their school events and activities and one of his most proud moments was bear hunting and having the opportunity to finally “bag a bear”, which is still proudly hanging.

Funeral Liturgy will take place at 10:30 a.m. Wednesday, May 26, 2021 at St. Thomas Aquinas Catholic Church, 5376 State Street. Rev. Fr. Richard Bokinskie will officiate. Honoring Mr. Hirschenberger’s wishes cremation will follow. Friends may visit at The Snow Funeral Home, 3775 N. Center Rd., (between Shattuck and McCarty), where the family will be present on Tuesday from 3:00 p.m. to 7:00 p.m. and on Wednesday from 9:30 a.m. until the time of Mass at the church. The Knights of Columbus Council #4232 will pray the Rosary at 3:00 p.m. Tuesday at the funeral home. In lieu of flowers, those planning an expression of sympathy may wish to consider memorials to Knights of Columbus Council #4232, Wounded Warriors, NCOA #357 or a charity of your choice.
Read Less

To send flowers to the family or plant a tree in memory of Ronald Martin Hirschenberger, please visit our Heartfelt Sympathies Store.

We encourage you to share your most beloved memories of Ronald Martin here, so that the family and other loved ones can always see it. You can upload cherished photographs, or share your favorite stories, and can even comment on those shared by others.

The Fiore Family sent flowers to the family of Ronald Martin Hirschenberger.
Show you care by sending flowers

Posted May 25, 2021 at 01:00pm
Dear Matt, Michelle and your families, I am so sorry to hear about the passing of your Dad. Ron was a special friend for many years.
I remember all the times we spent as families with you guys growing up. Lots of good memories. My thoughts and prayers go out to all of you at this sad time. Please take care of each other and know that God is with you. Love & Prayers, Andrea Bradley
Comment Share
Share via:
TF

Posted May 24, 2021 at 04:06pm
Please accept our most heartfelt sympathies for your loss... Our thoughts are with you and your family during this difficult time. 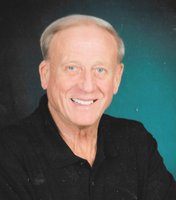