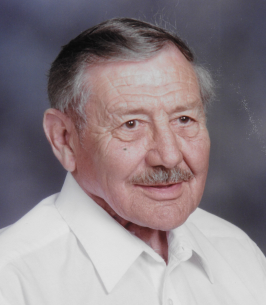 Our beloved father, grandfather, great-grandfather, great-great-grandfather, brother, and uncle, William G. “Bill” Raymond, passed away peacefully with his family by his side in the morning hours of Wednesday, June 22, 2022 at his residence in Buena Vista Township, Michigan. Age 91 years. Bill was born on August 27, 1930 in Saginaw, Michigan to the late David L. Raymond and Lillian H. (Wehner) Crowell. Bill proudly served his country as a member of the United States Army; serving during the Korean War and receiving an Honorary Purple Heart. After over 30 years of service with General Motors, Bill retired in the late 1980’s. Following retirement, Bill had to find something to keep him busy so he decided to start bartending. Working at the Washington Club up until their closing, and following that he worked at Fraternal Order of Eagles Aerie #1010 up until a couple years ago; he was a longtime member of the Eagles Club and numerous other Clubs in the area. Bill was known to be a dancing machine; it was his favorite pastime. In his younger years he enjoyed bowling and playing blooper ball. Throughout his life Bill enjoyed the great outdoors; he was an avid hunter and enjoyed spending time at his property in Hail, Michigan. He was known to socialize wherever he went; he loved people. Bill will be missed dearly by all, and his memories cherished forever.

The Funeral Service will take place at 11:00 a.m. on Monday, June 27, 2022 at The Snow Funeral Home, 3775 N. Center Rd. Saginaw, MI 48603 (Between McCarty and Shattuck Rds.). Officiating will be Bill’s son, Dennis Raymond. Visitation will take place at The Snow Funeral Home on Sunday from 3:00 p.m. until 7:00 p.m., and on Monday from 10:00 a.m. until the time of service. Immediately following the service, family and friends will travel in procession to Eastlawn Memorial Gardens for Committal Prayers and Military Honors conducted under the auspices of the United States Army and American Legion Post 439. Those planning an expression of sympathy may wish to consider a memorial to the “Fraternal Order of Eagles Aerie #1010”. Arrangements have been entrusted to The Snow Funeral Home, www.snowfuneralhome.net