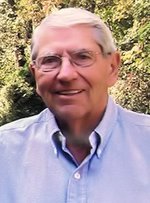 Much loved father, grandfather, great-grandfather and physician left the world peacefully on March 4, 2021, from the same building in which he helped bring many lives into this world.

Following internship and residency, he joined the Obstetrics and Gynecology practice of Drs. Sargent, Bruggers, and Heilbronn, which later evolved into Valley OB-GYN Clinic. Dr. Hill served in various roles at Saginaw General Hospital, including Chief of Staff, and, in later years, worked at HealthSource Saginaw in consulting and advisory capacities. Together the Hills raised three children, Victor L. Hill III, Jody Brehm (Marty) and (much) later Jennifer Warren (Brad), whose arrival kept him youthful in his senior years.

Dr. Hill was forever busy, spending every moment, when not on call, fly fishing on the AuSable River, and salmon fishing with his pals, and son Vic. He also enjoyed summers at the cottage on Torch Lake, spring breaks and shelling on Sanibel Island, and taking on many unique construction projects (“Jen’s Den,” still stands behind their beloved Baskins Place home), as well as, dabbling in drawing, painting, and photography. He was a man of many talents, boundless energy, and had a meticulous nature, as anyone who has seen the inside of his garage, can attest.

He was a long-time member of St. Dominic’s Parish and the Saginaw Country Club. He loved his home and yard, and spent hours working on them well into his senior years- planting flowers, shoveling (always down to the concrete), and sharing his pruning skills with his son Vic.

In addition to his children, Dr. Hill is survived by his grandchildren Scott (Heidi), Katie (Kevin), Tracy (Mike), Molly (Steve), Paige (Alex), Elle, Ava, Josie, Lila, and Tyrion; great-grandchildren Leila, Steven, Violet, and Lenna; and many nieces and nephews. He is also survived by his dear friend, Kay Smith, who brought happiness to his sunset years, and to whom his children are forever grateful.

He was preceded in death by his wife of 69 years, Mary Katherine, sister, Donna Heitkamp, and brother, Robert Hill.

Also the family would like to thank New Hope Valley Assisted Living for their compassionate care of their father in his final years. Honoring Dr. Hill’s wishes, cremation has taken place with a service celebrating his life planned for a later date.