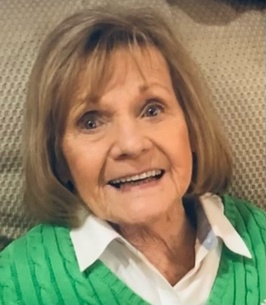 Beloved, wife, mother, grandmother and great grandmother passed away, Monday June 6, 2022, age 82. The daughter of Frank and Lena (Steffe) Fey. Sylvia was born January 3, 1940, In Saginaw, Michigan. She was married to David T. Thiel on August 9, 1958. In 1976, she and David founded Thiel Electric Corporation which is still run by her sons. She loved and dearly missed David after his passing in September 2010. She adored her children and grandchildren and loved spending as much time as possible with her family. Dave and Sylvia had celebrated their 50th Wedding Anniversary in 2008. They were founding members of St. John Vianney Catholic Church in Saginaw Township and Sylvia was a current member of St. Thomas Aquinas Catholic Church.

Funeral Liturgy will take place at 11:00 a.m. on Thursday, June 9, 2022 at St. Thomas Aquinas Catholic Church, 5376 State Street. Rev. Fr. Richard Bokinskie will officiate with entombment to follow in St. Andrew Mausoleum. Friends may visit at the church where the family be present on Thursday from 9:30 a.m. until the time of Mass. In lieu of flowers, those planning an expression of sympathy may wish to consider memorials to Brian’s House. Funeral arrangements have been entrusted to The Snow Funeral Home, 3775 N. Center Rd.