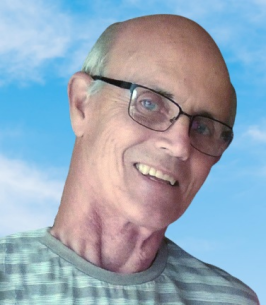 Richard passed away June 5, 2022 at his home surrounded by his loved ones. Age 76 years. Son of the late Jack and Macie (St. Aubin) Adams, Richard was born December 16, 1945 in Midland, Michigan. He was an intelligent and quiet man who courageously fought a battle with MS for over 35 years. As he lost his mobility and independence he handled this with grace, never letting on how difficult things were for him. He lived his life uncomplaining and with changing interests depending on his abilities. As a younger man he was involved in trout fishing, golf and hunting gradually shifting to hobbies that were less physical. Richard taught himself to make beautiful furniture and a musical instrument. He also became a collector of N scale model trains and built two 1950’s era towns. He was a proud U.S. Navy Veteran who was able to serve as an air crewman aboard several aircraft carriers during the Vietnam era. Richard was an electrician by trade beginning his career with the local IBEW and ending it in the Electronics Lab at GM.

Honoring Mr. Adams wishes, cremation has taken place. A Visitation will take place from 5:00 p.m. to 7:00 p.m. Thursday, June 9, 2022 at The Snow Funeral Home, 3775 N. Center Rd. (between Shattuck and McCarty). In lieu of flowers, those planning an expression of sympathy may wish to consider memorials to MS Society for research and a cure.