To share your memory on the wall of Michael S. Marshall, sign in using one of the following options:

Provide comfort for the family by sending flowers or planting a tree in memory of Michael S. Marshall

Provide comfort for the family by sending flowers or planting a tree in memory of Michael S. Marshall

Beloved father, grandfather and brother, Michael S. Marshall passed away March 1, 2021. He was 60 years old. Son of the late Richard and Bernadette (Dezewiecki) Marshall, Michael was born August 5, 1960, in Saginaw, Michigan. He was employed as an auto mechanic for 30 years and at Fahrner Asphalt Sealers. Michael was devoted to his family and friends sharing his passion for the outdoors, snowmobiling and motorcycling.

Michael was a veteran of the U. S. Marine Corps, having served as a field artilleryman from 1979 to 1981.

Honoring Mr. Marshall’s wishes cremation has taken place. A Memorial Service will take place 11:00 a.m. Monday, March 8, 2021, at Hopevale Church, 4873 N. Center Rd., Saginaw, Michigan. Friends may visit the church where the family will be present on Monday from 10:00 a.m. until time of service. Those planning an expression of sympathy may wish to consider memorials to his daughters benefit fund.
Read Less

To send flowers to the family or plant a tree in memory of Michael S. Marshall, please visit our Heartfelt Sympathies Store.

We encourage you to share your most beloved memories of Michael S. here, so that the family and other loved ones can always see it. You can upload cherished photographs, or share your favorite stories, and can even comment on those shared by others.

With deepest sympathy, the Goidosik Family sent flowers to the family of Michael S. Marshall.
Show you care by sending flowers

With deepest sympathy, the Goidosik Family

Flowers were purchased for the family of Michael S. Marshall. Send Flowers 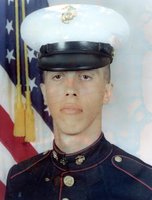