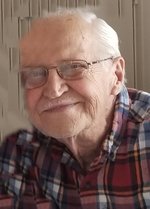 Beloved father, grandfather and brother passed away Friday, April 2, 2021 at Covenant HealthCare Harrison. Age 81 years. The son of the late Frank and Helen (Grabowski) Krugielki, Larry was born May 24, 1939 in Saginaw, Michigan. He married Rosina Arrigoni on September 12, 1964. She predeceased him September 2, 2011. Larry then married Mary Lee Conachan who predeceased him February 20, 2020. Larry was employed at General Motors for 30 years until his retirement. He was a member of the Eagles Club and the Loyal Order of the Moose. Larry enjoyed wintering in Florida, fishing and spending time outdoors.

Honoring Mr. Krugielki’s wishes, cremation has taken place and no services are planned at this time.