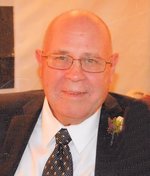 Beloved husband, father and grandfather passed away Tuesday, March 9, 2021 at his home. Age 77 years. The son of the late John and Lottie (Shijka) Baybeck, Ken was born October 5, 1943 in Saginaw, Michigan. He married Carol Shaver, whom he dated from the age of 15, his loving wife of 56 years, on October 17, 1964. Ken was employed at Delphi for 38 years until his retirement in 1999. He was a member of St. John Vianney Catholic Church. Ken enjoyed snow skiing, was a ski instructor at Bintz’s Apple Mountain, a member of the Snow Drifters Ski Club and Ski Patrol. Ken also enjoyed fishing, hunting and playing golf and was on the General Motors Golf League.

Funeral Liturgy will take place 11:00 a.m. Saturday, March 13, 2021 at St. John Vianney Catholic Church, 6400 McCarty Road in Saginaw. Rev. Fr. William Rutkowski will officiate. Honoring Mr. Baybeck’s wishes, cremation will follow. Friends may visit at St. John Vianney Catholic Church where the family will be present on Friday from 2:00 p.m. to 7:00 p.m. and on Saturday from 10:00 a.m. until time of Mass. A Vigil Service, led by Sister Janet Pewoski, C.S.J., will take place 6:00 p.m. Friday in the church. In accordance with the Michigan Department of Health and Human Services ordinance, the limitations of number gathered, mask wearing and social distancing will be observed. In lieu of flowers, those planning an expression of sympathy may wish to consider memorials to St. John Vianney Catholic Church or Saginaw County Right to Life.