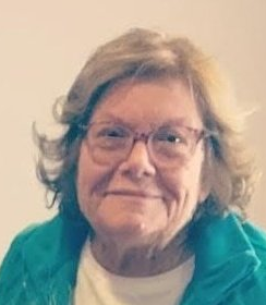 Beloved mother, grandmother, aunt and sister passed away Sunday, May 29, 2022 at HealthSource Saginaw. Age 76 years. The daughter of the late Harry and Elizabeth “Betty” (Karvel) Trumble, Judy was born July 12, 1945 in Detroit, Michigan. She married Richard “Rick” Maturen, her loving husband of nearly 55 years, on June 11, 1966 who preceded her in death on June 6, 2021, from that date the spark for life faltered for her. Judy worked for several years in health care and had been employed at Covenant until retirement. Judy enjoyed being Rick’s side kick in his travels and enjoyed spending time with their friends that were made along those journeys over the years.
Surviving Judy are two sons and three daughters; Matthew Maturen and wife Shawn Loachridge, Baton Rouge, LA; Rachele (Maturen) Leonard, Saginaw, MI; Erica (Maturen) and Michael Nixon, Ringgold, GA; Martyn and wife Jennifer Maturen, Rome, Georgia; Natalie Maturen, Charlotte, NC; six grandchildren, Alexander and Bailey Maturen; Marleigh and Bryce Leonard; Taylor Boettcher and Ryan Dowis; sister, Joyce Tromblay of Murphy, NC; several nieces and nephews. In addition to losing her beloved husband Rick last year, Judy was preceded in death by her parents, brother in law, Dennis Tromblay and two brothers, Jerome and Eddie Finney.
The family would like to thank the staff at Covenant and Healthsource Saginaw for Judy’s care as well as the many friends and extended family that shared their time with her with a special thanks to Shirley Maturen, Doug Sweeney and Mark Boettcher.
Honoring Judy’s wishes, cremation has taken place and a memorial service will be scheduled for a later date.