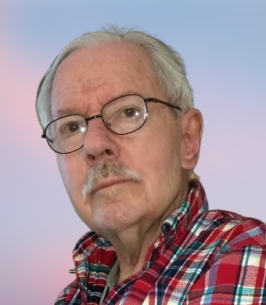 
Beloved brother and uncle passed away on Tuesday, May 24, 2022 at Covenant HealthCare-Harrison Campus. Age 69 years. The son of the late Herman and Lorna (Vollmer) Vollbrecht, Jon was born on July 18, 1952 in Saginaw, Michigan. He graduated from Arthur Hill High School Class of 1970. He eventually earned his Associates Degree from Ferris College. Jon proudly served in the United States Air Force from 1970-1974. He was employed as a Pipefitter for Local #85 Plumbers and Pipefitter Union.
Surviving are one sister and brother-in-law, Barbara and Martin Holmes, Gladwin; nieces and nephews, Julie Macy, Jeff Holmes, Kandace Vollbrecht and Karl Vollbrecht; great-nephew, Tyler; great-niece, Rosalynn. Jon was preceded in death by his brother and sister-in-law, Arthur and Rosemary Vollbrecht.


The family would like to extend their sincere appreciation to the staff of Pinecrest Farms for their loving care and friendship to Jon over the past 30 years.


Private entombment will take place at Oakwood Mausoleum. Those planning an expression of sympathy may wish to consider memorials to Pinecrest Farms, 413 N. Homer Rd., Midland, Michigan 48640. Arrangements have been entrusted to The Snow Funeral Home, 3775 N. Center Rd.