To share your memory on the wall of John Unger, sign in using one of the following options:


John immigrated to the United States in 1955 and became a citizen in 1960. John graduated from Saginaw High School in 1959. He started his sheet metal business in 1968, which is now known... Read More
John Unger
Saginaw Twp., Michigan


John immigrated to the United States in 1955 and became a citizen in 1960. John graduated from Saginaw High School in 1959. He started his sheet metal business in 1968, which is now known as U.S. Sheet Metal. He was employed by U.S. Sheet Metal Company Inc. for over 50 years. No man could have had a better partner or friend than Bruce Stockwell. Nobody can believe that during almost 50 years, we have never had an argument. (Thank you partner! I love you.) John was a member of National SMACNA since 1968. He was named National Contractor of the year in 1997.


John was elected to the Saginaw Bowling Hall of Fame in 2014. He was a member for 30 years of the Saginaw Country Club and a proud past president in 2004. He was also a member of the Saginaw Club. John loved bowling, golf, traveling all over the world, going to the casino and especially playing cards with his poker buddies.


John is survived by his wife Mary Ann of almost 30 years. She was the love of his life. She took care of him till the end like no one else could have. He is also survived by his children, Bruce H. Unger and Terry Ann Ebersole, both of Shreveport, Louisiana and Troy B. Unger, Saginaw; his stepdaughters, Jennifer (Franklin) Woys Gould, Sarah (Nicholas) Woys Garcia, who complimented my life with love and affection; many grandchildren and one great-grandchild. John also leaves behind a special niece, Cora Miller and her husband Don and many other nieces and nephews. John was preceded in death by his parents, Johannes A. Unger and Hedwig K. (Junghans) Unger and his sister and brother-in-law, Lilly (Karl) Heinmoeller.

Honoring Mr. Unger’s wishes, cremation has taken place. Due to COVID restrictions, a private memorial service will take place. In lieu of flowers, those planning an expression of sympathy may wish to consider memorials to the University of Michigan Cancer Institute. Funeral arrangements have been entrusted to The Snow Funeral Home, 3775 N. Center Rd.
Read Less

To plant a memorial tree in honor of John Unger, please visit our Heartfelt Sympathies Store.

There are no events scheduled. You can still show your support by sending flowers directly to the family, or planting a memorial tree in memory of John Unger.
Plant a Tree

We encourage you to share your most beloved memories of John here, so that the family and other loved ones can always see it. You can upload cherished photographs, or share your favorite stories, and can even comment on those shared by others.

Posted Mar 10, 2021 at 02:07pm
Love You John! Miss you so much it hurts. You taught me so much and always treated my like with respect. You are the only man that ever called me Pal.

Michigan Chapter SMACNA BOARD OF DIRECTORS

Posted Mar 05, 2021 at 05:40pm
Mary, our deepest sympathies. John was a great man in the world of sheet metal and we will miss him deeply on so many levels.

50 trees were planted in the memory of John Unger

Posted Mar 10, 2021 at 07:02pm
John was my boss at Morey & Unger,his first sheet metal shop! John bailed me out many times during apprenticeship! He was great to work for,I will always remember him as great man to work for. Last time I saw him I told him my best years were working for Morey Unger,he got up, came over to me,gave me a hug and said it was his best time!RIP John
Comment Share
Share via: 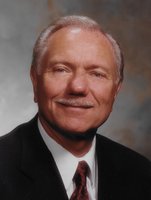