To share your memory on the wall of John F. Moncman, sign in using one of the following options:

Provide comfort for the family by sending flowers or planting a tree in memory of John F. Moncman

Provide comfort for the family by sending flowers or planting a tree in memory of John F. Moncman

Beloved father, grandfather and brother passed away Sunday, February 14, 2021 at the Toni and Trish House in Auburn, Michigan. Age 88 years. The son of the late Paul and Mary (Gombar) Moncman, John was born on May 13, 1932 in Munger, Michigan. He served in the U.S. Army during the Korean War. He married Rosemary Swantek, his loving wife of 65 years, on September 19, 1953. She preceded him June 26, 2018. John was an auto mechanic for Garber Cadillac, then became owner and operator of Green Acres Shell for over 30 years and Bay Valley Marathon. After retirement he was employed at Car Quest Auto Parts and was a Charter Captain owning Y-Knot Charters out of Caseville, Michigan. He enjoyed fishing, hunting, gardening, the casino, playing scrabble and Euchre, loved nature and silly jokes.

Honoring Mr. Moncman’s wishes cremation has taken place. A private memorial service will take place with the family and a Celebration of Life will take place at a later date. In lieu of flowers, those planning an expression of sympathy may wish to consider memorials to the Toni and Trish House, 4699 Eleven Mile Rd., Auburn, Michigan 48611. Please share memories and condolences at snowfuneralhome.net
Read Less

There are no events scheduled. You can still show your support by sending flowers directly to the family, or planting a memorial tree in memory of John F. Moncman.
Plant a Tree

We encourage you to share your most beloved memories of John F. here, so that the family and other loved ones can always see it. You can upload cherished photographs, or share your favorite stories, and can even comment on those shared by others.

Posted Feb 14, 2021 at 10:11pm
My very best childhood memories involve fishing, hunting and simply enjoying each other’s company with John, Johnny, my father Geno and myself (Joe). Distance and time has caused us to grow apart; however I will forever be grateful for the time we shared together for many years. I always looked up to John and saw him as an accomplished person who exemplified a person who found the balance of taking care of his family, of making time to have fun, and for being a good human being that cared for others. In the early years of adulthood, I always looked up to John as a role model for how to live life. I hope that Sherry, John and Lauri know how fortunate they are to have John and Rose as their parents and will draw strength from being their children. Forever a friend. Rest In Peace. Joe Matthews 2/14/2021
Comment Share
Share via:

What a beautiful tribute, Joe. Thank you so much! Sherry, John and I were definitely blessed with wonderful parents. I am glad you have such fond memories of them. 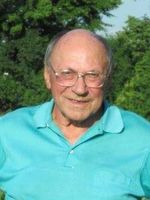