Obituary for John A. Sadowski 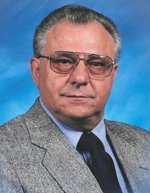 Beloved husband, father and grandfather passed away Saturday, February 13, 2021 at Ascension St. Mary’s Hospital. Age 81 years. The son of the late Victor and Eleanor (Kajkowski) Sadowski, John was born May 1, 1939 in Detroit, Michigan. He served in the U.S. Army during the Korean War and was a member of the American Legion in Lake City and the V.F.W. Post. John married Karen Anderson, his loving wife of nearly 58 years, on October 11, 1963. She survives him. John was employed at Consumers Gas Storage for several years. He was then employed at the Saginaw Police Department as a uniformed police officer, first K-9 officer with his dog Champ, vice squad, juvenile and homicide detective. John retired from the Saginaw Police Department in 1989 following 25years of service. He also served in the U.S. Coast Guard Reserves for many years. He was then employed as undersheriff for the Missaukee County Sherriff’s Department until his retirement in 2004. John was an active member of the Fraternal Order of Police Lodge #105where he served as President and Vice-President. He also served on the State Lodge of the Fraternal Order of Police. John enjoyed deer hunting, reading and woodworking. Most of all, he loved spending time with his family and friends.