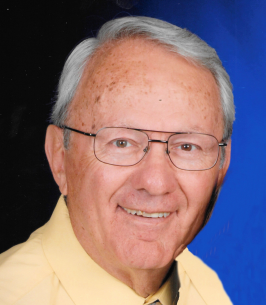 Our beloved husband, father, and grandfather passed away peacefully on Monday, June 13, 2022. Jerry was the eighth child of twelve born to Nelson and Arla Mousseau in Kinde, MI on January 12, 1942. He attended North Huron Public Schools until 8th grade and then attended Salvatorian Seminary in Wisconsin. He obtained a Bachelor’s Degree in Philosophy from Mount St. Mary’s College in Emmetsburg, Maryland. After college he attended St. John Provincial Seminary in Plymouth, MI. Jerry proudly served his country in the U.S. Army and served as a medic in Stuttgart, Germany. Upon discharge, he worked at Pontiac Motors and Catholic Family Services in Lapeer, MI while obtaining his Master’s Degree in Social Work from Wayne State University. He was employed at Saginaw Township Community Schools for 32 years and was the first School Social Worker hired in the district. It was his dream to work with adolescent and challenged youth, and he enjoyed going to work every single day of his career. Jerry mentored many social work interns from Saginaw Valley State University. He married Diane K. Wisniewski at St. Thomas Aquinas Church in Saginaw, MI and recently shared 47 years of marriage. Jerry was a devout Catholic, a catechist, an Extraordinary Minister of Holy Communion, and a member of the Resurrection Choir. He was a member of the Knights of Columbus Council #4232.

Jerry served as President of the Spike Horn Gun Club for many years, a club incorporated by his father, uncles, and several family friends. It was there that he built his cabin and enjoyed spending time with family. He was considered an expert paddler and trout fisherman and loved sharing those experiences. He had two favorite rivers, the AuSable in Michigan and the Lamar River in Yellowstone National Park.

Upon retirement, Jerry enjoyed traveling the world with Diane and taking his children and grandchildren on a yearly family trip. He also was an incredible gardener and apple tree grower. A natural athlete, Jerry took up golf later in life with retired friends and carded two holes-in-one during league play. An avid Detroit Tiger fan he enjoyed visiting and watching the Tigers play in numerous American and National league stadiums.

A simple, humble, and loving man, his love of life was contagious. He spent years researching Mousseau genealogy to preserve his French/Canadian ancestry.

Per Jerry’s wishes, cremation has taken place and a Mass to Celebrate his life will take place 10:30 a.m. Friday, June 17, 2022 at St. Thomas Aquinas Church, 5376 State Street, Saginaw Michigan. Rev. Fr. Richard Bokinskie will officiate and Military Services will be conducted by the U.S. Army and V.F.W. Post #1859. Friends and family may visit at the church on Friday from 9:30 am until the time of Mass. For those who wish to attend Friday’s service remotely, please use the following link: https://vimeo.com/event/844336. A private interment will take place at St. Andrews Cemetery. In lieu of flowers, those planning an expression of sympathy may wish to consider the Alzheimer’s Association, Heart-to-Heart Hospice, or St. Thomas Aquinas Catholic Church.

The family would like to thank the staff at Heart-to-Heart Hospice; Seasons Adult Day Center in Midland; and Symphony Tri-Cities for their compassionate care.