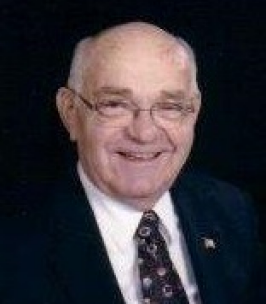 Loving Father and Grandfather passed away peacefully on September 27, 2022 at Covenant Cooper. James A. Hayes, son of the late Eugene L. and M. Louise Hayes, was born in Saginaw, MI on June 30, 1942. Jim married the late Judy M. Gilginas on October 31, 1964. She passed away on July 15, 2013. In 1967 Jim and Judy founded Hayes Specialties Corp where he stayed active until his death. Jim was baptized in Christ in 1955 at Michigan Avenue Baptist Church and was presently a member of St. Thomas Aquinas Catholic Church where he sang in both the church choir and resurrection choir. Jim was life member of the following: Saginaw Lodge 77 F&AM, Bay City Consistory and Elf Khurafeh Shrine. He was a member and past president of the Saginaw Rotary Club and a member of The Saginaw Club, where he previously served on The Board of Managers. He was a member of Loyal Order of Moose 82, Fraternal Order of Eagles 497 and American Legion Post 439. He was a past president of Saginaw Council 43 United Commercial Travelers and a past Michigan State president of U.C.T. Jim was a veteran, serving in the US Army for 3 years.

Funeral Liturgy will take place at 10:00 a.m. on Saturday, October 15, 2022 at St. Thomas Aquinas Catholic Church, 5376 State St. Rev. Fr. Richard Bokinskie will officiate. Entombment will follow in St. Andrew Mausoleum with Military Honors rendered by American Legion Post #439. Friends may visit at The Snow Funeral Home, 3775 N. Center Rd., (between Shattuck and McCarty), where the family will be present on Thursday, October 13, 2022 from 3:00 p.m. until 6:00 p.m., on Friday, October 14, 2022 from 2:00 p.m. until 7:00 p.m. and on Saturday at the church from 9:00 a.m. until the time of Mass. A Masonic Service will take place on Thursday at 5:00 p.m. and a Vigil Service will take place at 6:00 p.m. on Friday at the funeral home. In lieu of flowers, those planning an expression of sympathy may wish to consider memorials to Shriner’s Children’s Hospital, St. Thomas Aquinas Catholic Church or Salvation Army of Saginaw County.