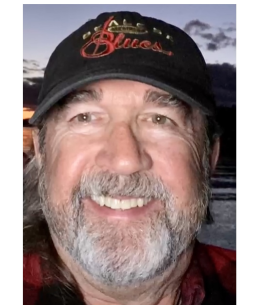 Beloved father, brother and uncle passed away peacefully on Friday, May 20, 2022 at McLaren Northern Michigan Hospital in Petoskey. Age 66 years. The son of the late Edward and Madeline (Guerin) Siemienkiewicz, Greg was born on October 12, 1955 in Saginaw, Michigan. He was a graduate of Carrollton High School Class of 1973. Greg was formerly married to Kelly O’Neil. He received his Bachelor’s Degree in Psychology from Saginaw Valley State University in 1977 and went on to receive his Master’s in Social Work from the University of Michigan in 1979. After graduation he relocated to Northern Michigan and worked as a marriage and family therapist at Joy Valley Counseling Center. He later opened his own private practice, New Hope Christian Counseling. He finished his career working as a Social Worker at the Veterans Administration. Greg had a lifelong devotion to helping people heal and touched many lives over his career of 35+ years. He was a kind and gentle soul. His friends adored him. Greg’s veteran clients cannot say enough kind words about him. Greg was a devout Christian and often incorporated his strong faith into his counseling practices. In his free time Greg loved to hunt, fish, and was a huge fan at U of M football games. He liked to listen to blues music, enjoyed reading and having a good time with his buddies. He also loved riding his Harley Davidson into the sunset.

The family would like to express their sincere appreciation to Greg’s friends and veterans who helped out in his short illness; his caregivers, Kelly O’Neil; Clayton from Comfort Keepers and the staff at McLaren Northern Michigan for their loving and compassionate care.

Funeral Liturgy will take place at 11:00 a.m. on Tuesday, May 31, 2022 at St. John Paul II Catholic Church, 469 Shattuck Rd. Rev. Fr. William Rutkowski will officiate with interment to follow in St. Andrew Cemetery. Friends may visit at The Snow Funeral Home, 3775 N. Center Rd., (between Shattuck and McCarty), where the family will be present on Monday, May 30, 2022 from 3:00 p.m. until 6:00 p.m. and on Tuesday at the church from 9:00 a.m. until the time of Mass. In lieu of flowers, those planning an expression of sympathy may wish to consider memorials to Wounded Warrior Project.