To share your memory on the wall of Dorothy May Trogan, sign in using one of the following options:

Dorothy was best known as the “hostess with the mostest” at Rodeitchers Restaurant in Freeland, Michigan. Her uniqueness came from knowing that she was more than the lovely, endearing woman so many came to know and love. She was smart, involved, caring, compassionate and led her life with a commitment to helping the people and the community she served. She fed the hungry, housed the homeless and gave a second chance to those re-joining society after incarceration. Virtually everyone she met
became a friend and a part of her extended family. She was the first employer for many young people in the town of Freeland, giving a gentle (or not) ear tug to those who got out of line.

Prior to owning and running the restaurant for 40 years, Dorothy owned and operated three beauty salons in Saginaw, and was the President of the Saginaw Hairdressers Cosmetology Association and President of the businesswomen’s sorority, Beta Sigma Phi. She enlisted for service in World War II (although never served) and was recognized for her support during the war. During her restaurant years, she was the President and Director on the Board of the Saginaw Valley Chapter of Michigan
Restaurant Association, member of the Executive Board of the Michigan State Restaurant Association, Chairman of Scholarship & Education Committee and Public Relations for the Michigan Restaurant Association, President of the Freeland Division of Saginaw County Chamber of Commerce, and a member of the following: Committee to Institute Millage for Mosquito Control, Advisory Board of Northwood Institute Hospitality
Program, Private Industry Council, Michigan Employment Security Commission Employer Council and was an honoree and regent in the Michigan Republican Women’s Association.

Despite her full life, she held true to her humble beginnings, and her family was always her greatest source of happiness. She loved the Valentine reunions held on family farms, often with everyone camping out for the weekend to spend as much time together as possible. She never missed her grandchildren’s sporting events, concerts and dance recitals. She loved to fish, cook and travel. Some of her favorite trips included a fly-in fishing camp in Canada, a cooking school in Tuscany with her daughter (at age 90), tour of Asia and Hawaii, and a three-day white-water rafting trip down the Colorado River in the Grand Canyon (at age 70).

Dorothy was strong and stubborn in the most loving way and continued driving until months before her death. In fact, the last time she drove was to vote in the 2020 Presidential Election. She never missed Election Day. She was a pioneer for women in business and politics in the State of Michigan.

Her family and friends will forever keep her close in their hearts and minds. She was one in a million and will never be forgotten. There will be a celebration of her life on what would have been her 100th birthday, October 10, 2021 at the Freeland Memorial Park Building.
Read Less

To plant a memorial tree in honor of Dorothy May Trogan, please visit our Heartfelt Sympathies Store.

There are no events scheduled. You can still show your support by sending flowers directly to the family, or planting a memorial tree in memory of Dorothy May Trogan.
Plant a Tree

We encourage you to share your most beloved memories of Dorothy May here, so that the family and other loved ones can always see it. You can upload cherished photographs, or share your favorite stories, and can even comment on those shared by others.

Posted Feb 11, 2021 at 07:02pm
She was my first employer. I worked in the coffee shop. She was so easy to work for and a fantastic lady. I was 16 at the time and at that time my name was Kathy McCann, Now Kathy Bond -Raines. God be with your family.
Comment Share
Share via:

Posted Feb 09, 2021 at 01:05pm
We'll miss you, Grandma. Kayla always said that she was fortunate to know her great grandmother - I think we all were.
Comment Share
Share via: 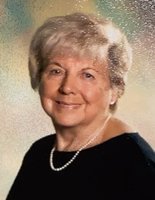 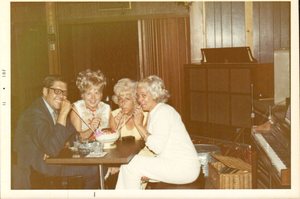