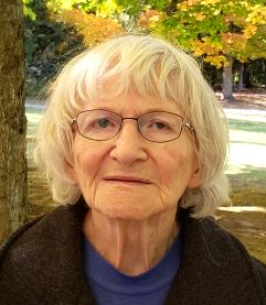 Beloved mother and grandmother passed away peacefully at her home on Friday, June 3, 2022. Age 88 years. The daughter of the late Carl and Julia (Curry) Kocks Sr., Delores was born on September 29, 1933 in Saginaw, Michigan. She was a graduate of St. Peter & Paul High School in 1951. She married Jacob Reisig Jr. on June 18, 1955. He predeceased her on February 1, 1995. In her younger years, Delores was a telephone operator for Bell Telephone. She also worked in the business office at St. Mary’s Hospital. She enjoying vacationing in Mackinaw City. Delores was a huge MSU football fan and enjoyed going to games well into her mid 80’s. Her greatest joy in life was her family, especially her grandchildren.

The family would like to express their sincere appreciation to Jill Snook and the staff of Covenant V.N.A. Hospice for their loving and compassionate care given to Delores.

Funeral Service will take place at 11:00 a.m. on Wednesday, June 15, 2022 at The Snow Funeral Home, 3775 N. Center Rd., (between Shattuck and McCarty). Pastor James Krueger will officiate with interment to follow in St. Andrew Cemetery. Friends may visit at the funeral home where the family will be present on Tuesday, June 14, 2022 from 4:00 p.m. until 7:00 p.m. and on Wednesday from 10:00 a.m. until the time of service. In lieu of flowers, those planning an expression of sympathy may wish to consider memorials to Covenant V.N.A. Hospice or any Veteran related organization of your choice.