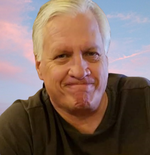 Our beloved brother, favorite uncle, cousin, and friend, David C. “Dave” Foy, passed away in the late afternoon hours of Thursday, March 31, 2022 at the Select Specialty Hospital in Saginaw, Michigan. Age 65 years. David was born on May 23, 1956 in Saginaw, Michigan to the late Robert and Eileen (Ryan) Foy. Dave was a 1974 graduate of Arthur Hill High School; it was a lifelong honor to be a part of the 1973-1974 undefeated and unscored upon high school football team. Following high school, Dave furthered his education and graduated from Lawrence Technological University with a degree in Architecture. After graduation, his first job was working for Rockwell as a contractor for N.A.S.A.; designing reentry shingles for space shuttles. Later, Dave owned his own company and worked as a private contractor for several years; specializing in pipe location work. His work took him around the United States and the world; always opening his eyes to new experiences. After numerous years of building his career, Dave chose to return home to be closer to his family and provide care to his parents. Dave’s favorite pastime was studying Astronomy. With his many joys in life, nothing brought Dave more joy than the company of his family; especially his nieces and nephews. He was their #1 mentor and tutor; especially when it came to Math. Dave will be missed dearly by all, and his memories will be cherished forever.

Dave’s family would like to extend a very special Thank You to the staff of the Covenant Surgical I.C.U. and Covenant Select Specialty Hospital for the extraordinary care and compassion provided to Dave and their family.

At the request of Dave and his family, cremation has taken place and a Celebration of Dave’s life will be held from 1:00 p.m. until 5:00 p.m. on Saturday, May 21, 2022 at the Pulaski Hall of Saginaw, 6525 Weiss St. Saginaw, Michigan 48603. Private Family Inurnment will take place in St. Mary Cemetery in Hemlock, Michigan. Arrangements have been entrusted to The Snow Funeral Home, www.snowfuneralhome.net