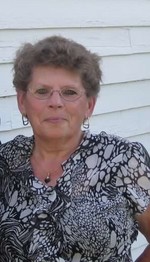 
Carol was lovingly received into her Savior’s arms on Thursday, February 4, 2021 with her family by her side. Carol Elaine Markusic was born on April 25, 1939 in Saginaw to the late Louis and Marie Markusic. She married the love of her life, Thomas D. Revard, on July 13, 1957 in Saginaw. She is survived by her loving and devoted husband of nearly 64 years, Thomas, who was her rock and support, especially in the last few years of her life.

Carol was a member of Freeland Assembly of God Church where she worshipped her Lord and Savior. She impacted countless lives by spreading the message of Jesus’ saving grace to anyone she met. She would often come home from her weekly Meijer shopping trip and recount stories of strangers that she encountered and how she either prayed with them or took their needs home with her to pray about. She kept several ongoing prayer lists that filled several notebooks. Carol taught Bible classes for several years to many young children in the Freeland area. In her fifties, Carol went on her first plane ride to Hong Kong to be part of a mission trip to smuggle Bibles into China, where she was detained because she had Bibles taped to her body. She also went on a mission trip to the refugee camps in Kosovo as well as the slums in Nicaragua, where she braved her fear of heights and went zip-lining.

She loved her Lord and Savior, her family and her pets. Carol had a true servant’s heart filled with endless love. Words cannot describe how beautiful of a person she was and how much of a void has been created by her passing. Her final words to her family were that she wanted to go home to the Lord and for the family to take care of the cats…classic Mom.


In accordance with her wishes, there will not be a memorial service and cremation has taken place. Her ashes will be interred at a later date at St. Andrew Cemetery in Saginaw. Donations in Carol’s memory may be sent to Freeland Assembly of God (Missions Fund) 284 East Washington, Freeland, MI 48623 or to Pet Angel Cat Adoption and Rescue, 380 List St, Frankenmuth, MI 48734.